Welcome back to my fourth Wondering Mind brain-dump! I have loved all of the comments I’ve been getting, so I will keep these coming. I will try to limit my whining and complaining about the weather, but I won’t make any promises – though since it it was a ‘normal winter morning’ I am less cranky about the cold today.

The image at top came from Facebook (unknown source), and has caused some chuckles in my friend group after being shared with someone I went to high school with. But the reality is that around this time every year things have gotten pretty bad – differential temperatures between roads, air and ground below result in cracks and ‘frost heaves’; freeze-thaw cycles from the occasional warm-up exacerbate the issue; plows catch those uneven spots and break apart the roads; and drivers going over the uneven areas continues to make it worse.

The result is potholes … every year. I have found this year to be especially bad, and the normally bad access road around the local mall is just out of control bad – it was laughable as I swerved around ‘tire-killer’ holes like I was on a race track.

The situation is playing out across the entire northeast like it does every year – worse than some years, better than others. It will be interesting to see how it goes in areas that normally don’t get too wintery but have been whacked this year. Feel free to comment if you are in one of those areas.

2. Wishing Away The Days

I am all about living in the now, appreciating what we have today, and not wishing away my life waiting for what comes next. So I was dismayed this morning thinking about how much time I have spent looking forward to warmer weather, and hearing everyone in my house last night saying the same thing. We are two months into 2014, and I feel like my #1 activity has been wanting it to be warmer.

Yes this has been a record cold winter, and it has definitely impacted our ability to just get outside to do things … but it is a shame to have that feeling that you are wishing away time. On the other hand, I have thoroughly enjoyed the time I’ve had with Lisa and the boys just hanging out.

Yesterday on Amazon they had the digital version of the book Night Watch by Sergei Lukyanenko on sale. This Russian sci-fi fantasy series is one of my favorites – solid writing and characters, interesting concepts, and plenty of action. I highly recommend checking out the series if you are interested – you can get the synopsis at Amazon.

They made movies from the books, and also computer games (based on the Silent Storm tactical strategy engine). The movies were blockbusters in Russia, and the games were fun but deeply flawed. But the books have been consistently excellent.

I already own the books digitally, but what intrigued me was that there was a new addition set for pre-order and release in April. So I did.

A new survey looked at 60,000 self-proclaimed gamers and their media consumption habits, with the easiest conclusion being that TV consumption has dropped considerably.

The survey only took the information of ‘millenials’, aged 13-21. They note that people that age are playing video games more than watching TV … but spend more time on YouTube than BOTH of those (I can vouch for that!) You can check out more at the source.

With weather being so cold, having to pump gas is no fun. I really don’t care much as there is a station right on my way to work that is an easy in/out. Lisa hates pumping gas, and hates the cold, so I have been routinely filling her car when needed … including this morning.

This prompted a discussion around pumping gas at work – how there are a few stations here in New York that still pump gas for you, basically none back in Massachusetts, while in New Jersey if you get out of your car at a gas station they get incredibly upset because it is actually illegal to pump your own gas. What are the pump rules in YOUR state?

6. This Is Why We’re Unhealthy

I have come to love these quick 1-2 minute videos that teach a quick lesson. Here is a quick video talking about our intake compared to daily recommended amounts.

Last night I spent some time with my older son teaching him how to shave with a blade razor. He’s had an electric razor for a few years, but really wanted to start shaving with a blade. So this weekend I bought him his own stuff (Gillette Mach 3) and last night we took to the sink to get a good shave with minimal blood!

He did great, and could feel the smoothness of the close shave … Lisa caught some on video, which is a fun memory.

I really love so many blogs, and my biggest problem is keeping up with all of them rather than choosing not to read.

But every now and then I come across a blog where I like a post and start following, then there is a post that bugs me considerably for some reason. Sometimes it is an anomoly, other times the one I LIKED was the oddball. There is one recently that has been bugging me – because there was a post where the author was whining about having to share the road with bikers, and was very condescending about those who bike.

That same week I read two separate accounts about bikers seriously hurt by cars – one relatively close to where the author lived. I have considered commenting, but really can’t think of anything constructive or engaging to say, and just can’t get past it even thought there are a few newer posts.

I am a Catholic by birth and baptism (and confirmation), though I would put myself in the ‘weakly practicing’ category. Nonetheless I like to use Lent each year to focus on something – to me it is a good excuse to work on areas of myself I want to improve. And since the time exceeds the ‘time to make a habit’ threshold … why not?!? This year I have two:

a) No computers in bed. Whether it is a laptop, tablet or a Cray Supercomputer … if I am reading/writing blogs and doing email/web stuff – it is a computer. I have done good with a ‘no laptop’ policy, but I am only keeping to the letter of the law. So … for the next six weeks – only reading and occasional gaming. I would prefer only reading, but am giving myself realistic slack here. Exception if Lisa and I are planning vacations, or actively doing work together on the computer sitting in bed.

b) No more than two ‘traditional desserts’ per week. This week in particular I have had more than a couple of days where my normal caloric intake was lacking and I compensated with oversized dessert portions. Last night it was because I really didn’t get much lunch due to time constraints with an experiment we were running, but that isn’t the only time. I eat well and want the focus to be on eating ENOUGH that eating a dessert is just a small sweet treat. I know I will want something, so I will allow myself a bowl of mixed berries post dinner.

10. Marcel Andrenson and Other Oscar Thoughts

So the meme from the Oscars is about John Travolta calling Idina Menzel “Adele Dazeem”, and Slate has a ‘what is your Travolta name’ generator. Mine is ‘Marcel Andrenson’ … what is yours?

Other thoughts:
– Liza and Minelli and Kim Novak showed the after-effects of our obsessiveness with ‘female perfection’, whereas Bruce Dern was the reminder of the double standard where men can simply age.
– I am constantly reminded that mostly these shows are boring, pre-ordained, and tightly controlled.
– And Ellen nailed it by saying ‘either 12 years a slave wins … or you’re a bunch of racists’.
– There award shows are so broadly scripted that even the fun moments seem to feature at least one person who is uncomfortable in a loosely ad-libbed situation.
– I think we could feed all of Africa for a year on the amount Samsung had to have spent buying up advertising and usage of their devices. This is typical – some award shows have Galaxy devices as the ‘envelope’.
– But it was interesting to note that off-stage Ellen was using her iPhone.
– Also, for all of the glory about Twitter and the photo retweet, when Kim Novak appeared we were reminded about the basement-dweller troll mentality of much of the internet.

It is funny that Sara asked if I was listening to her conversation when I wrote about the Natural Ebb & Flow yesterday , and while I was writing with a few specific things in my mind … today I realized that perhaps there was something in my own subconscious pushing me to write.

Some of you might know I write for a couple of other sites in various capacities. As I was on my run this morning, a few things I saw from one of those sites were echoing around in my head, making it pretty clear that I am being edged out or marginalized, or perhaps there is an assumption that due to this blog I am drifting away (which might be true) so they are planning for that. Either way it does sting because it is not being done directly, but adding up more than a few things from the last six months makes it clear that it IS being done.

I don’t think this is actually as new as the post date (probably a retread), but never a bad idea – this post at Buzzfeed details a number of useful things to do that take little time and can be beneficial. Here is one:

9. Cancel a subscription you never use anymore.

Here is my variant – cancel subscriptions that the people paying for are not using … namely my wife and I. I have had complimentary Spotify access ‘press pass’ status on and off for a few years, but that dried up recently as the company is more established in the US. But I tend to use Rdio as it has more of my genre, and as a family we use slacker – so Spotify is only for my kids. So suddenly I found my PayPal last month getting hit with a $9.99 charge – made a note to do something … then yesterday got another. The service is terminated as of the end of March.

Same thing for Netflix – got a pass to check out new features and write about them, and since then have watched exactly ZERO movies, with only my older son ever using it. The last straw was my son letting someone else use the account. Terminated as of mid-March.

Think about it – that is $18 per month that was providing no real value to our family as compared to our Hulu+ and Amazon Prime memberships we all use regularly. And just last month we spent a while on the phone with Time Warner paring down and renegotiating our cable bill. I would still like to move towards cutting cable and and line … but at the price we got it doesn’t make sense yet.

What services/subscriptions have you eliminated?

I’m linking up with Amanda at Running with Spoons again … who is in Hawaii making us all jealous! 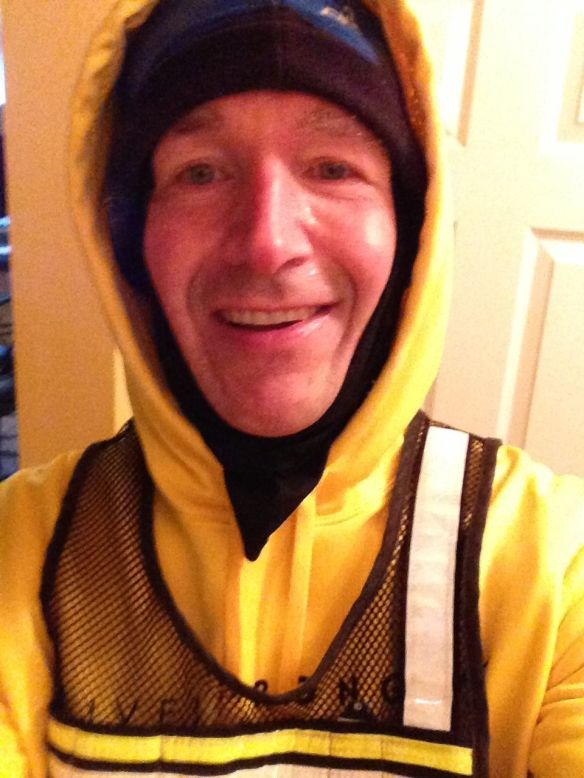 What have you been reading or thinking about this week?

14 thoughts on “Wednesday Wandering Mind – Edition IV, Are You Freaking Kidding Me?”