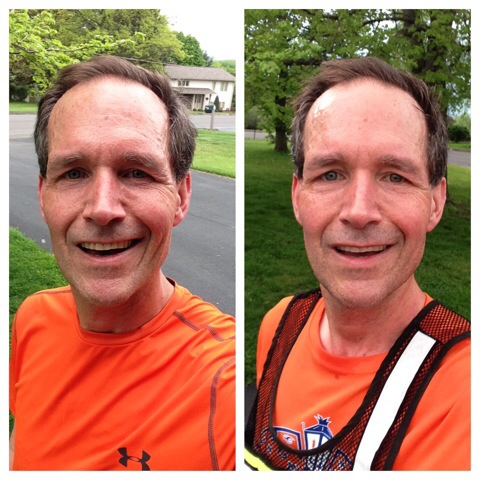 OK, first I just have to say … WOW! My blog totally blew up yesterday, and for me the biggest thing is I hope it means that the important message I was trying to talk about found a few new ears to land on, and hopefully will slowly spread until we no longer need special safety considerations just because you are a women.

The ‘To’ and ‘From’ of Running

When we go out for a run, we generally go nowhere – we start and end at the same place most times, whether it is our home, car, work, hotel, or whatever. The ‘To‘ and ‘From‘ is the same. But I have found from talking to and reading stuff from many runners that the majority have integrated running into their lives as adults – and almost always for an explicit reason. They are either running ‘to‘ something or away ‘from‘ something.

For example, for the longest time I was simply running ‘from‘ obesity. That was my goal – I was thin, healthy (my eating is always better when I run), and fit, but all of those were secondary to just NOT being fat anymore.

And that is really how I started back again in 2012. I knew I was at least 75lbs overweight, and the goal was running away from that … but something happened. Suddenly I was running to understanding my body, learning about hydration and training and speed work and tapering and on and on; I was understanding macronutrients, eating for fuel, what was actually good and bad for my body, etc. In other words, I was running ‘to‘ the healthiest version of me.

As I have run races – especially half- and full-marathons, I have talked to many people who started running to get away from something, including:
– Escaping a bad marriage/relationship
– Dealing with pain from the death of a loved one
– Coping with depression
– Overcoming fear
– Escaping the grips of obesity

And I have also met some people who are running to things, such as:
– Wanting to run a Boston Qualifier
– Being healthy
– Completing a ‘bucket list’ item
– Finding the happiest version of themselves

And so on. For people who were never runners as kids – and in particular those who never were much into competitive sports after middle school – running as an adult is an adventure unlike anything else we encounter. Most other things we do are focused on SOMETHING – our jobs, relationships, and even most hobbies are fairly focused things involving others. They require scheduling, planning, working with others – but running is entirely self-contained, and entirely self-motivated, and entirely self-paced.

So why does it matter?

As I said, running is a very different thing for most of us. Because there is no coach, no team, no schedule, no games/meets … just you and the road. If you want to stop – go ahead and do it. Stay in bed, sure. Walk for a while or not give full effort – it is all your choice.

But once you DO get out there, you will likely discover something – you.

Even for those who run in groups, blast music with lyrics to sing along with, and do everything else possible to avoid it – you will end up learning about yourself.

And if you really try – turn off the music, go out alone (safety permitting, of course) and just open your mind to the beauty of nature … you will find out more things than you ever discovered possible about yourself.

For me, I have worked out so many things – technical problems, personal issues, decisions, addressed emotions, sorted out discussions, and so much more. Even this morning I fully designed a complex experiment for my group to run the rest of this week.

I remember being around mile 21 on my first marathon, and we had a wonderful pacer who was very chatty and encouraging. She was asking everyone about WHY they ran, and many of the topics above came up – divorce and death were the biggies. But she also asked what people thought after training for a marathon – and for many it was an amazingly transformative event in their life.

Running is like that for me – what started as just part of dealing with weighing more than 375 pounds has ended up 25 years later as an integral part of who I am. It has changed my life, and made me better in many different ways.

Did you start running ‘to’ or ‘from’ something? Where are you now?